What Are Some Top Misconceptions About Motorcycle Accidents?

There always seems to be a public perception that the motorcyclist would have done something wrong. Motorcycles have a bad rap and the public perception is that motorcycle operators are reckless or that they must have been speeding, which is not necessarily true. It might also just be the perception, because smaller objects appear to move quicker than larger objects.

If a motorcycle and a tractor-trailer were both going at 50 miles an hour, then the perception of speeds of the two vehicles would be substantially different just based on their sizes, which is why drivers often misjudge motorcycle distances and speeds because of their size, so they tend to pull out in front of a motorcycle thinking there would be plenty of time but they would have misjudged the speed or the distance based on respective size of the vehicles.

Are There Any Rules Of The Road That Differ Between Motorcycles And Regular Automobiles?

Motorcycles need to follow all of the basic rules that an automobile would need to follow, although there would be certain exceptions because there are certain things that motorcycles can do that cars would not be allowed to do, such as splitting lanes. Motorcycles are obligated to abide by all the signals, normal flow of traffic rules, speed limits, and all other rules of the road just like a car.

Do Fault And No Fault States Apply To Motorcycle Accidents, And What Does That Mean?

California is a fault state, meaning there are no “no fault” provisions, although in other jurisdictions, no fault would mean that the person’s insurance would pay the claim regardless of who caused the accident so the person would be able to proceed with a claim against their own insurance carriers and there would be specific policy provisions based on the jurisdiction.

Do Motorcycle Accidents Include Mopeds, Scooters, and Things Like That?

What Is The Most Common Scenario That Occurs When A Motorcycle Accident Happens?

What Do People Do Unintentionally That Hurts Their Ability To Win A Motorcycle Accident Case?

The person may be under the mistaken belief that they caused the accident whereas the other driver might have already admitted to the officer at the scene that they were the cause of the accident. The person should try to do a little bit of preliminary investigation, know what facts were already on paper and what evidence was already set in stone so that they could then deal with the nuances of those facts in trying to establish the claim.

Do The Courts Have A Bias Against Motorcyclists?

I do not know whether the courts do have a bias because as far as the judges and the court staff; they follow the law and do their job effectively. The problem stems from the jury bias and the potential jurors who the attorney would have to overcome with regards to the stereotypes and prejudice about motorcyclists so that he would be able to get his client a fair and impartial trial.

For more information on Motorcycle Accident Misconceptions, a free initial consultation is your next best step. Get the information and legal answers you’re seeking. 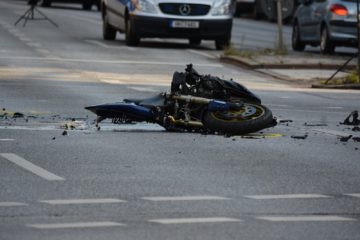